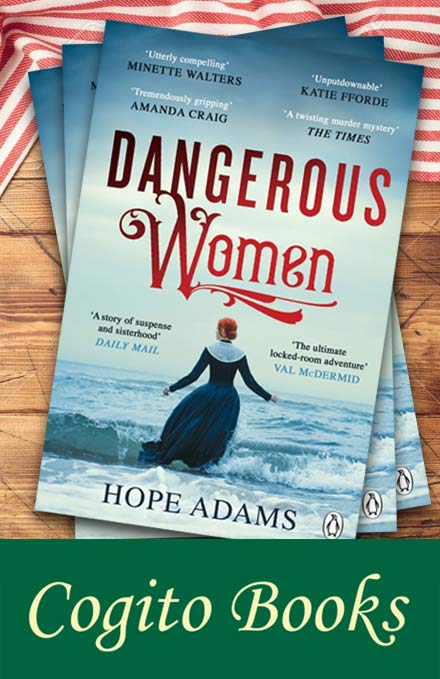 We enjoyed a wonderful discussion of Dangerous Women by Hope Adams at our Cogito Book Group. We were all inspired by the fact that the author built such a compelling, complex narrative around the true events leading to the creation of the Rajah Quilt.

We spoke about how cleverly the process of needlework, and the descriptions of the cloth pieces used, influenced the pacing of the narrative and what a brilliant device it was in slowly revealing the characters to the reader. We have a number of sewing and quilting enthusiasts in our group, and they found this aspect of the novel fascinating.

We also discussed at length the concept of transportation and the values of Empire which the novel’s central character, prison reformer Kezia Hayter, both espoused and subverted. She is superbly written, with her complex thought processes revealing an innate sympathy with the plight of the shipboard convicts and a need to assert her own values and opinions often in opposition to the male authority figures who threaten to dismiss them.

We found the idea of introducing a murder into the narrative worked exceptionally well; the necessity of an investigation into Hattie’s death precipitating profound changes in the dynamics between characters.

All these themes are explored with great sensitivity and contribute to an organic and utterly convincing work which is a joy to read, while at the same time being endlessly thought-provoking and cleverly plotted.